I’ve been using the Hasselblad X1D for two years, and in a fit of boredom and frustration during December 2018 decided to buy a FujiFilm GFX-50S and a few lenses to see what all the excitement was about. Plus, the Fuji cameras and lenses were being offered at considerable discounts to their regular retail prices and I’m a sucker for good deals.

Having been asked by several photographers for my opinion of the two camera systems (bear in mind that there are only a few idiots like me who will admit to owning both), I thought I’d summarize in this post what I’ve been telling them. This is not a review of either camera, just my comparison of the two, in categories that matter to me as a landscape photographer. The last statement is important because I don’t photograph sports or action, birds in flight, street or in a studio. I typically use a tripod and available light. My photographs of people are limited to candid portraits of my family.

Both the X1D and 50S were introduced about two years ago, have achieved some level of operational stability, have active online user communities, and share the same long-in-the-tooth 44x33mm [cropped medium format] Sony sensor (also shared by the Pentax 645Z and H6D-50c). So I’m late to the party with this comparison. Both Fuji and Hasselblad will undoubtedly introduce new cameras this year and make this comparison moot. Or not.

This is written from the perspective of a Hasselblad X1D-50c owner or aspirant who is considering the Fuji GFX-50S as an alternative. 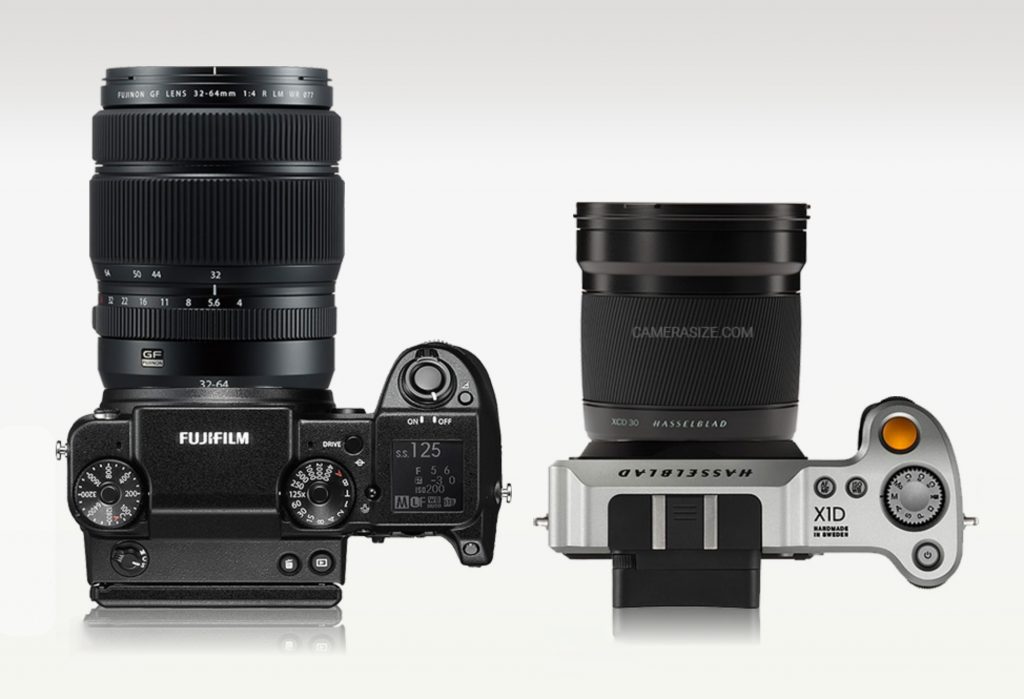 Unique features (that the X1D doesn’t have)

Unique features (that the GFX doesn’t have)

The choice between these two cameras depends largely upon what you’re going to be using them for and what you can live with or can’t live without. For instance, neither is a good tool for sports or action photography. Both produce beautiful rich colors with great tonality and depth. There is no reason that I can discern to choose one over the other on the basis of image quality. My bottom line goes something like this (bearing in mind my use case as stated above):

Reasons to choose the Fuji GFX-50S:

Reasons to choose the Hasselblad X1D:

My current intention is to keep and use both systems. Vive la différence!