From U.S. 17 South, take S.C. 174 to Edisto Island. Turn left at Botany Bay Road, 8.5 miles past the McKinley Washington Bridge and just past the Edisto Serpentarium. At the road’s end, turn in at the gate to the left. An information kiosk is on the right. The area is open dawn to dark, 7 days a week.

Update (May 3, 2017): Access to the beach area of Botany Bay is closed due to damage from Hurricane Matthew and will not reopen until the boardwalk bridge to the beach is repaired, according to the South Carolina Department of Natural Resources. More information can be found here.

Update (August 8, 2017): As of July 15, 2017, access to Botany Bay’s beach has reopened. The southern end of the beach will remain closed until August 1 to protect nesting shorebirds. Due to severe erosion from Hurricane Matthew, conditions at the beach have changed dramatically and visitors will need to exercise extreme caution at all times. The entire beach at Botany Bay is now inaccessible for several hours on either side of high tide. During this time, waves reach up to the tree line, blocking access to the beach. More information on Botany Bay can be found here.

On a 2010 photo trip to the Charleston area, one of my goals was to photograph the boneyard and geocode the photos. I’ll add what a local told us to the Post and Courier directions: “Turn left at the mystery tree.” As it turns out, there is a strangely decorated small tree on the right side of the road just before the turn onto Botany Bay Road.

Here’s a photo of trees in the boneyard, framed using PrintEXIF v4.0. The GPS information is displayed, and the photo is a link, so you can click on the photo to see a Google Earth view of where it was taken. 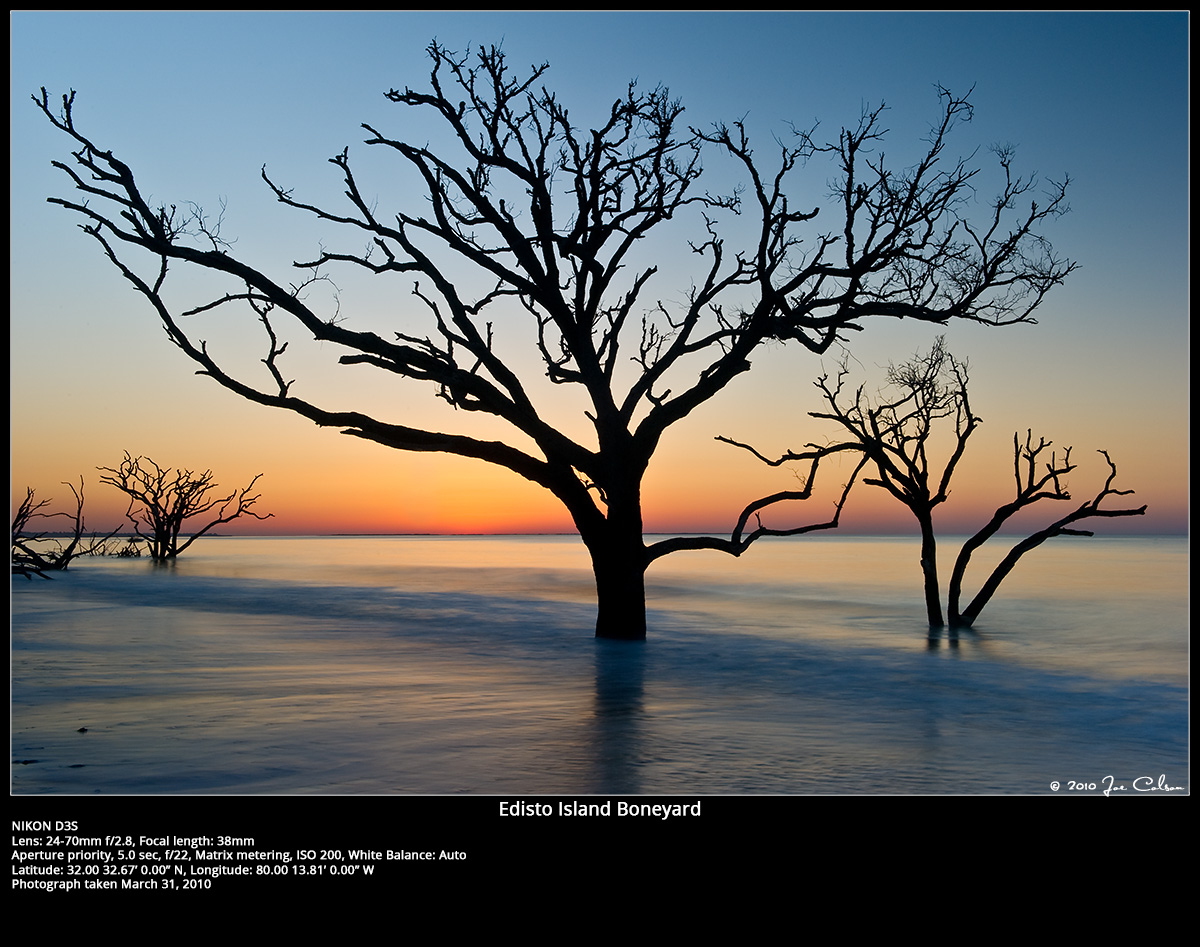 I never learned the story of the mystery tree.

In a previous post, I provided directions to the Old Patriarch Tree in the Grand Tetons.

This entry was posted in Uncategorized and tagged Geocoding, GPS, Photography, Places.