I’ve incorporated automatic lens identification into the latest version of the PrintEXIF script. Previous versions have required either the selection of a Nikon or Canon lens from a drop-down menu or entering a lens description manually. In v4.0 I’ve taken advantage of the fact that most modern DSLRs write the lens information to the image file’s metadata. The user interface now shows the lens ID in the dialog box, if it is available in metadata, and lets the user choose to use that ID or enter the ID manually in a text box.

The new dialog box is very similar to that of prior versions: 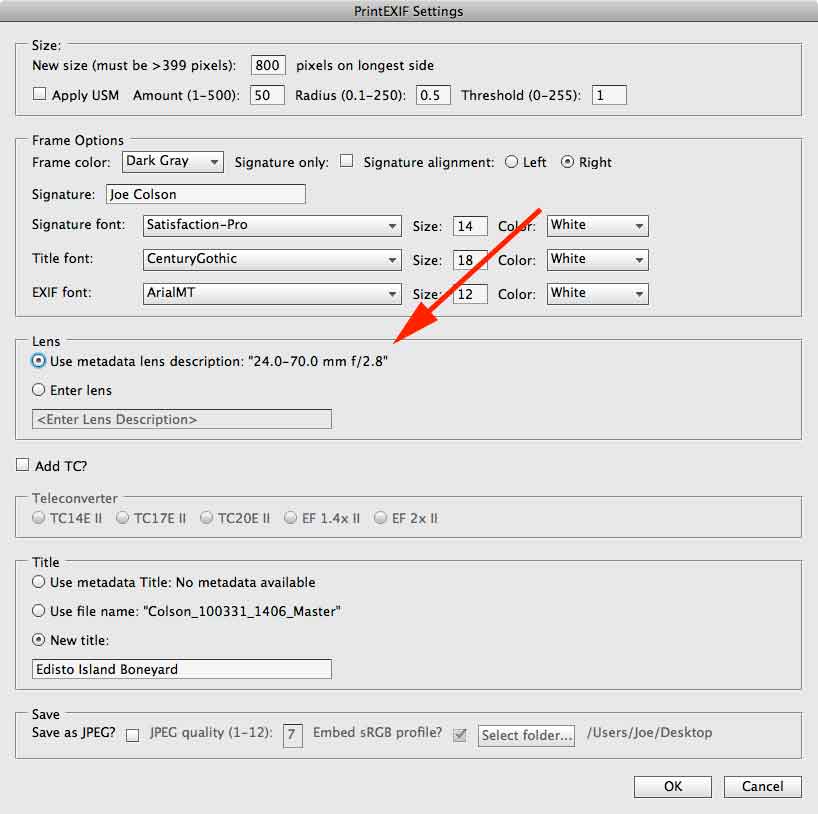 For those not familiar with the PrintEXIF script, you can learn more about it in my earlier posts. In a nutshell, it lets the photographer generate a JPEG image for Web display that has EXIF information (aperture, shutter speed, ISO, etc.) displayed in a frame beneath the image. PrintEXIF also provides a simple means of adding a signature or copyright to a photo for Web display. Since many online forums and Web galleries benefit from having EXIF metadata displayed with the image, the script can streamline the effort involved in sharing that data. Here’s an example: 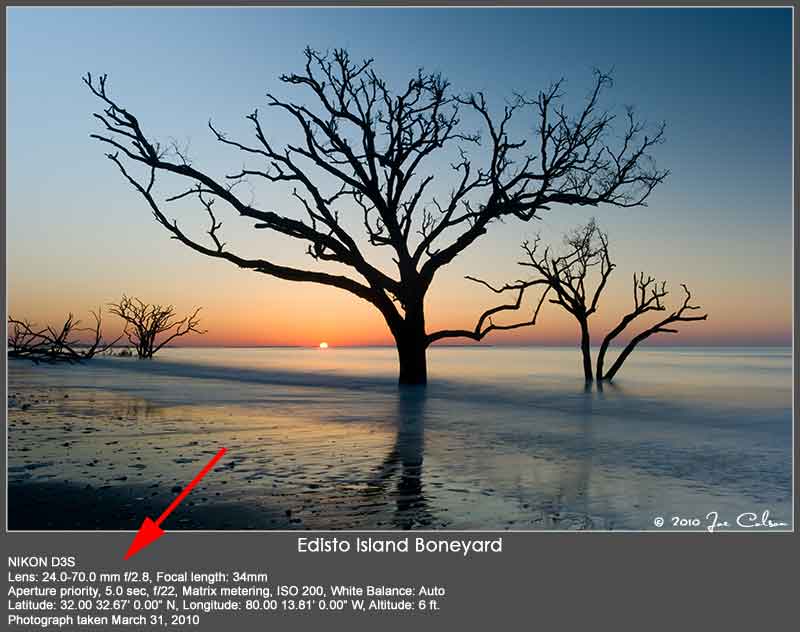 The new version has been tested on a Mac (OS 10.6+) using Photoshop CS5, with images from both Nikon and Canon DSLRs and a variety of lenses. As has been the case with PrintEXIF versions before v4.0, the script can be used with either the Mac or Windows versions of Photoshop from CS2 to CS5. My thanks to Ron Basinger for providing Canon images for testing.