And I really liked the work of Matthew Campagna, author of the website The Turning Gate, who has produced many of the available Lightroom Web Gallery plugins. From his work, I added to my specification list:

Before going any further, I’d like to acknowledge Matt’s generous support in helping me understand the structure and details of a Lightroom plugin. While the Adobe SDK was instructive, nothing beats being able to dissect actual code to see how things work. Matt’s TTG Highslide Gallery is exactly as he’s described it, “completely awesome”.

Click on the “globe link” icon of an image (only geocoded images have the globe link icon) to open a Google Maps page showing the shooting location: 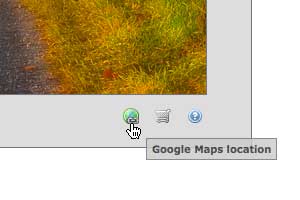 The GPS coordinates (if the image is geocoded) appear in the panel as a link to the Google Maps page showing the shooting location: 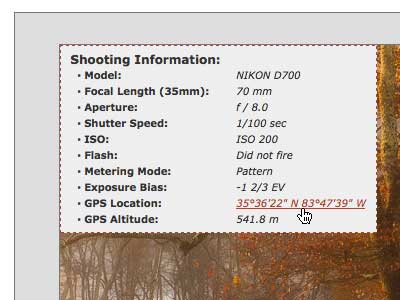 Google Maps shows the location with a large green arrow centered on the map: 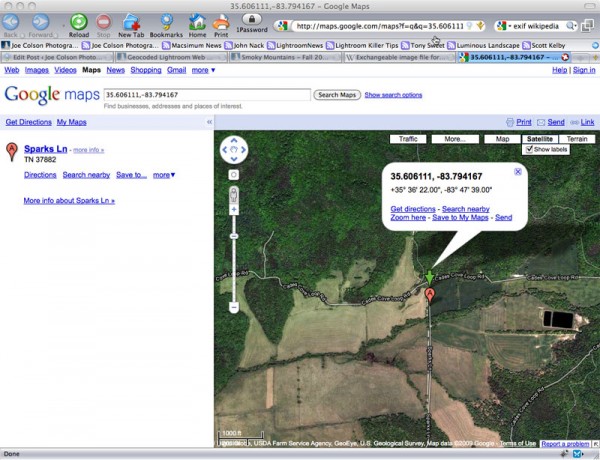 In Part 2 I’ll describe what’s under the hood, i.e., how the plugin code grabs the GPS coordinates from EXIF and generates the Google Maps link. In addition, I’ll discuss some of the other options, including drop-down menus. Stay tuned.

This entry was posted in Uncategorized and tagged Geocoding, GPS, Lightroom, Photography, TTG.