I have updated and tested the PrintEXIF script (v3.1) to work in Adobe Photoshop CS4, and have tested the GalleryFrame script (v2.0) to confirm that it works in CS4.

Here’s an example of the PrintEXIF output (using CS4) with a photograph taken in the Tetons in late September. These bison had just crossed the road to join the herd in the background. When I stepped out of the car to get the shot, the pair turned to face the camera, as if on cue: 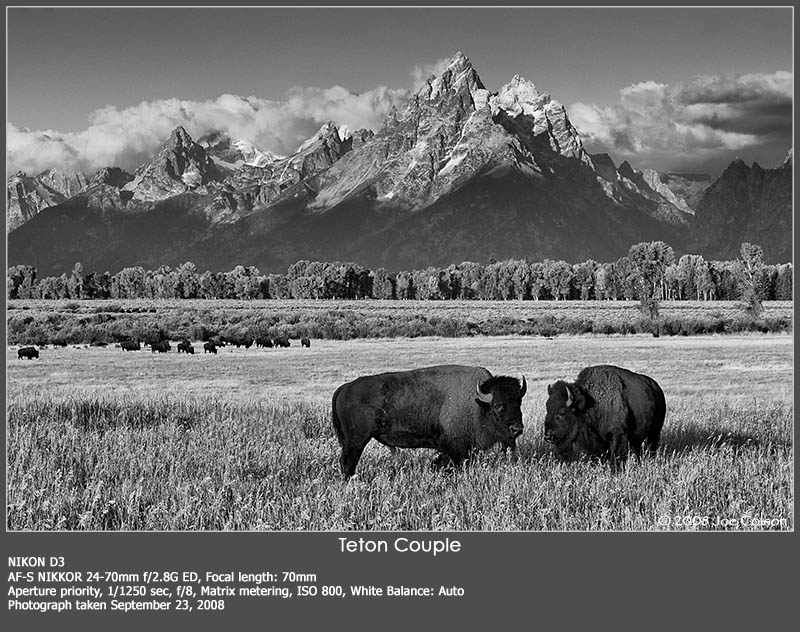 And an example of the output from the GalleryFrame script (using CS4). This late September image of Mt. Moran from Oxbow Bend is an HDR merge using Photomatix, enhanced in Photoshop with the nik Viveza plugin: 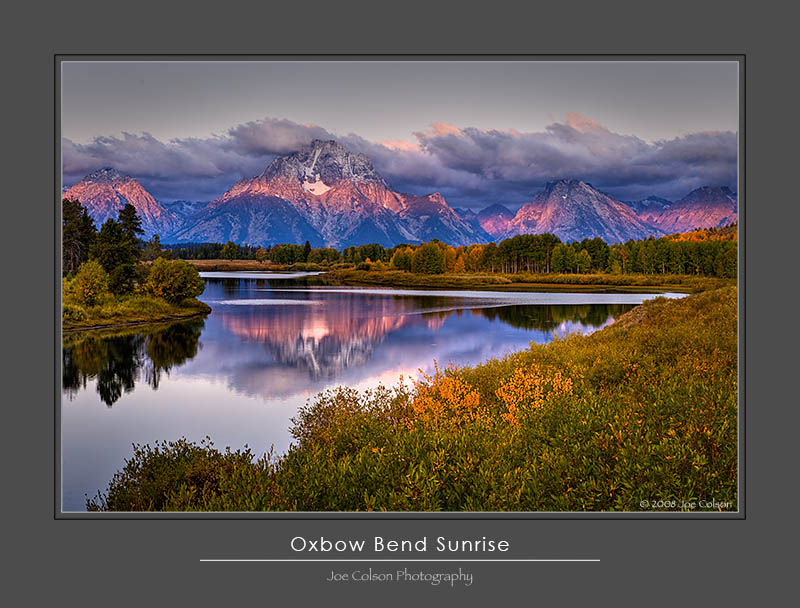