GalleryFrame is a script for Adobe® Photoshop® CS2 that automates the generation of a frame for an image intended for Web display. The frame that is generated is similar to the asymmetrical frames used in galleries to display prints, with a larger bottom border.

The ideas for this script came from Scott Kelby’s book, “Photoshop Down & Dirty Tricks”, and The Light’s Right Studio’s Photoshop action for a gallery frame effect. I wasn’t satisfied with either approach and wanted a more complete automation of the process. This script resizes and sharpens an image, adds signature, title and subtitle information (signature and title can be derived from IPTC metadata), provides a choice of frame, border and font colors, and (optionally) saves the image as a JPEG in a folder that the user can select. 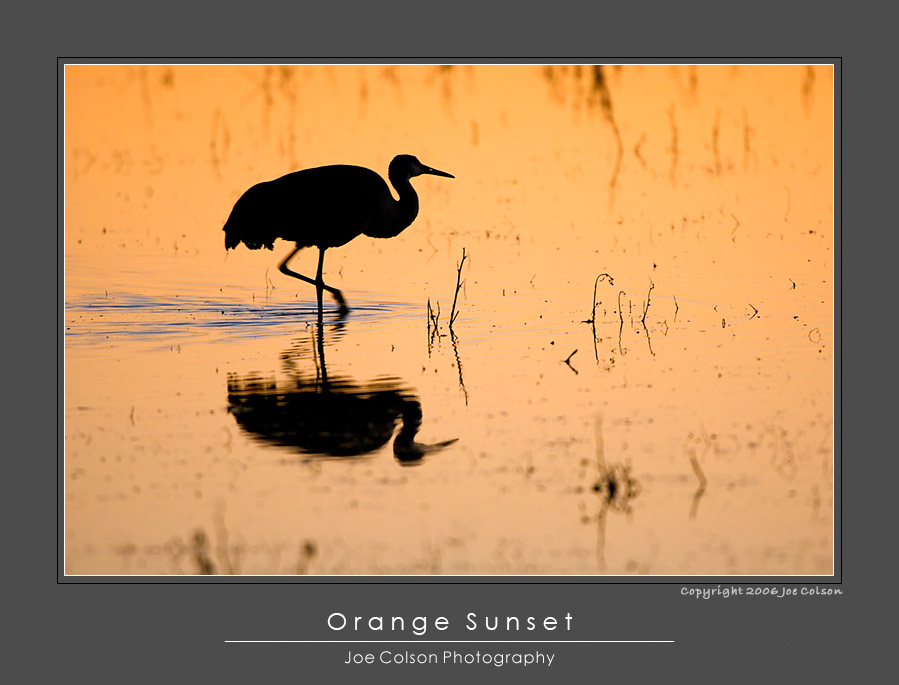 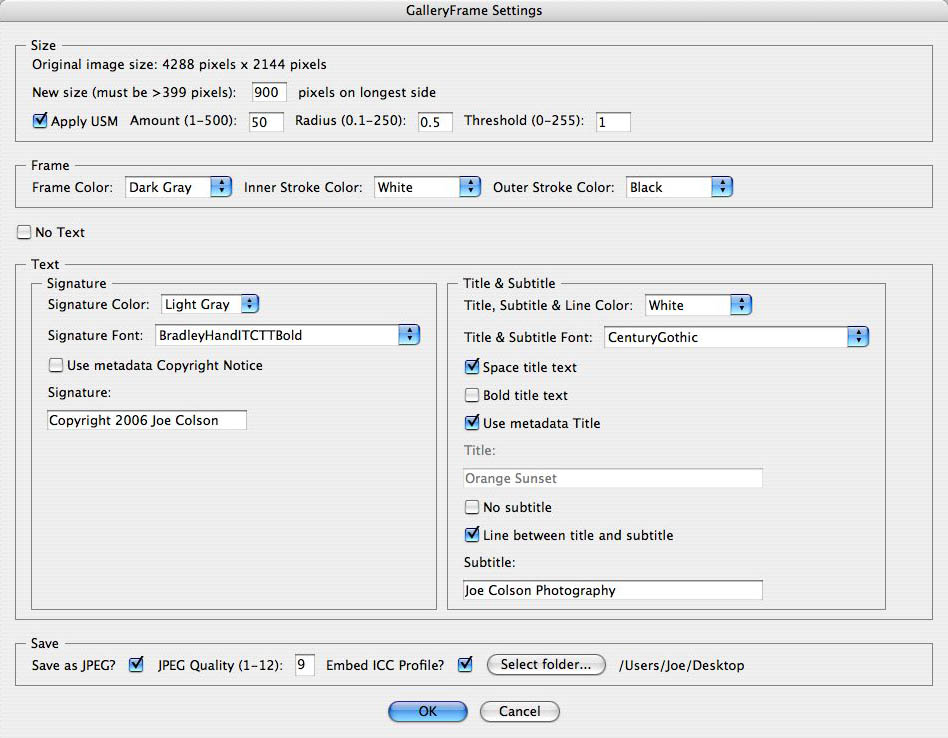 This entry was posted in Uncategorized and tagged Frames, GalleryFrame, Photography, Photoshop, Scripts.